The Catholic Lawyers Guild of Chicago would like to cordially invite all lawyers, judges, and law professionals to the 85th Annual Votive Red Mass of the Holy Spirit, traditionally known as the Red Mass.

This year the Red Mass will be held at 5:15 p.m. Tuesday, Oct. 1, with a procession of judges and lawyers starting the service down the aisle of Holy Name Cathedral. If you are interested in joining the procession, please plan on arriving by 5:00 p.m. A reception will follow just a few short blocks away at Loyola University’s Water Tower Campus, Kasbeer Hall. Appetizers and beverages will be served.

The Red Mass has been celebrated annually in churches throughout the world since the twelfth century. It brings together members of the community from all faith traditions to pray for all those responsible for the administration of justice. For almost ninety years, the Catholic Lawyers Guild together with the Archdiocese of Chicago has sponsored the Red Mass in Chicago. It is one of the largest gatherings of Guild members, their families, friends, and guests. We welcome all those who are involved in our legal system in any way, along with their families and friends. Please consider joining us for the beautiful event.

Parking: Due to construction at the Cathedral, parking is unavailable for this event. Public transportation and ride sharing is encouraged.


Register for the Red Mass

Lawyer of the Year 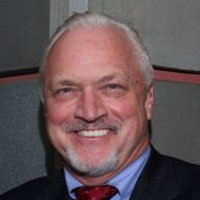 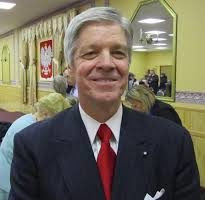 Royal F. Berg is a graduate of Bradley University, and the John Marshall Law School. He is a sole practitioner, who has practiced immigration law in Chicago since 1984. He has served as the Co-Chair of the Human Rights Committee of the Chicago Bar Association, and of the Litigation Committee of the Chicago Chapter of the American Immigration Lawyers Association. (AILA). He served for six years as an elected Director of the Board of Governors of the American Immigration Lawyers Association (AILA). He also served for three years as the Chair of the Liaison between AILA and the Executive Office for Immigration Review, and as a member of AILA’s Liaison Committee with the General Counsel of the (former) Immigration and Naturalization Service. Mr. Berg has also served as the Chair of the Greater Chicago Chapter of AILA, and as Chair of the Immigration and Nationality Law Committee of the Chicago Bar Association. He is a founding Board Member of Immigrants’ List, a pro-immigrant, pro-immigration political action committee formed in 2006. He is also a Board member of the Farm Workers and Landscapers Advocacy Project and the Illinois Coalition to Abolish the Death penalty.

Prior to going into private practice, Mr. Berg was the Legal Services Administrator of the Chicago Office of Travelers and Immigrants Aid, (now called the National Immigrant Justice Center.) He has received two President’s Awards for his service nationally to AILA and received the Joseph Minsky Beacon of Light Award from AILA’s Chicago Chapter. He was the first recipient of the Edward Lewis Award from the Chicago Bar Association, honoring him for his pro bono work. He has also been honored for his service to Chicago Volunteer Legal Services, Corp. He is a recipient of the Gaudium et Spes and the Road to Emmaus Awards from the Archdiocese of Chicago, and the Pax et Bonum Award from St. Peter’s Church in the Loop. He has also been honored for his fundraising for the March of Dimes, and is a Fellow of the Illinois Bar Foundation. He has also served as Justice of the Chicago Alumni Chapter of Phi Alpha Delta Law Fraternity International.

Ted since coming to Chicago has a history of being active in the Polish community. Ted was President of the Advocates Society, (the Polish American Bar Association) in 1990 and was conferred the Advocates Society Award of Merit, (Man of the Year) in 1998; President of the Polish American Association (PAA) formerly known as the Polish Welfare Association from 1993 – 1997 and received the Cavalier’s Cross of Order for Merit of the Republic of Poland, 1996 for his work in assisting the Polish immigrant community in Chicago; President of the Polish Arts Club of Chicago, 1994 – 1997; member of the Board of Advisors of St. Mary of Nazareth Hospital, 1999 – 2003; Past Director of the Polish Museum of America; 2002 – 2014; Member of the Board of Directors of the Bishop Ambramowicz Seminary, 2004 – 2010; Chairman, Chicago Sister Cities International, Warsaw Committee, 2019 – 2015; Grand Marshall of the 120th Annual Polish Constitution Day Parade, 2011; President, Chicago Society, 2015- 2016, and currently is the newly elected President of Chicago Society Foundation. Ted is also a long-time member of the Kosciuzko Foundation and the Polish National Alliance.

On the spiritual side, Ted is a Knight of Obedience in the Sovereign Military Hospitaller Order of Saint John of Jerusalem, of Rhodes and of Malta; Knight Grand Cross of the Equestrian Order of the Holy Sepulchre of Jerusalem, and Knight Commander of Sacred Military Constantinian Order of St. George. Ted has been a member of the Catholic Lawyers Guild of Chicago since 1985 and a member of the Advisory Board Charities of the Archdiocese of Chicago, 2003 to present. Ted is a chairman of the finance council and a Eucharistic Minister at his parish of Our Lady of Victory located on the northwest side and a daily communicant and Eucharistic Minister at St. Peter’s in the Loop.

Ted has recently retired as chief legal counsel to the Assessor of Cook County but still practices law from his law office in the Loop.

This award is not given regularly, but granted to attorneys who engage in exceptional service to the community and Church at times of special need. 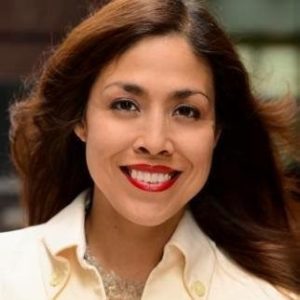 Karina Ayala-Bermejo currently serves as the CEO and President of the Instituto del Progreso Latino. She is a highly regarded leader who has served in a variety of capacities in prominent Chicago entities. Karina joins Instituto from Metropolitan Family Services where she served as General Counsel and Executive Vice President and the Executive Director of the Legal Aid Society of Metropolitan Family Services. Prior to Metropolitan, she worked for the City of Chicago in Mayor Daley’s administration as Acting Commissioner, FirstDeputy Commissioner, and Managing Deputy Commissioner for the Department of Human Resources. Karina spent seven years as the Director of Community Services for the Chicago Bar Association where she encouraged attorneys to take on pro bono work and collaborated with the bar and various divisions of the Circuit Court of Cook County on initiatives to improve the justice system. She also served as the first Executive Director of the Sun Times Judge Marovitz Lawyers Lend-A-Hand to Youth Program, a foundation that mobilizes the legal profession around mentoring youth, where she was instrumental in securing a $2 million-dollar award. Karina’s legal career began as an attorney in the Litigation Division of the Chicago Board of Education handling labor and employment matters. She holds a Bachelors of Science from Loyola University Chicago and Juris Doctor from DePaul College of Law.